The Vans Syndicate 10-year legacy is topped off Nov. 14 with the final anniversary release presented by longtime collaborators WTAPS. With nearly a decade’s worth of projects in Vault by Vans and Vans Syndicate lines to date, the premium Japanese menswear label brings artful craftsmanship and sophistication to the Authentic “S” model.

As part of the first-ever WTAPS Syndicate project and originally for Japan distribution only, the striking tonal yellow Authentic “S” inspires WTAPS vision for this reissue, presenting a rich mustard hue from collar to sole, balanced by a subtle repeated WTAPS “Wings” print on the canvas panel. Designed with soft suede and canvas uppers, the Authentic “S” makes its final statement with a bold yellow gum foxing tape and complimentary printed WTAPS “Wings” laces to complete the pair.

The Vans Syndicate WTAPS Authentic “S” launches worldwide in-store on Saturday, November 14 exclusively at participating Vans Syndicate authorized dealers.  We will release this shoe on Saturday at Civil East Greenwich (10 AM) and Civil Providence (11 AM) as well as online at WeAreCivil.com at 11 AM.  One pair per customer.  MSRP is $80. 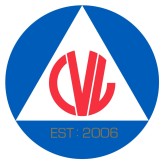