Gonz and Adidas are back with another colorway of the Aloha Super, this time inspired by Mark Gonzales’ Thrasher magazine interview from September 1986. Check out the Aloha Super “Brainwash Victim”..

The adidas Aloha Super, Mark Gonzales’ signature skateboarding sneaker, is a rather rare silhouette that only appears on shelves once or twice a year, launched in a grand total of four colorways since it debuted in 2019. The last time we saw the sleek model was late in 2020 when Gonz and Adidas released a limited-edition brown colorway named after Gonz’ Karol Winthrop alias from the Krooked Khronichles video in 2006. This time, the two referencing a shirt worn by Gonzales for a Thrasher magazine shoot and interview referring to himself as a “Brainwash Victim”.  The new color scheme mixes a black mesh base layer with medium grey suede overlays and white leather stripes on the lateral sides. Gonz’ Shmoo logo decorates both tongue labels, while a purple inner lining completes the look. 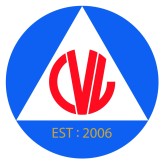