We Are Civil
FREE SHIPPING ON ORDERS OVER $65 FOR THE LOWER 48 STATES!!! New Adidas Aloha Super shoes revisits key film moments for Mark Gonzales Classic skate silhouette update in vivid red colorway. Portland, OR — This release comes as part of an ongoing set of releases inspired by some of the key moments that have elevated Mark Gonzales, AKA Gonz, to legendary status in both the world of art and skateboarding. This bold Adidas Aloha Super shoe revisits the iconic ‘Chair Fight’ scene from a cult 1997 film, GUMMO, bringing it to life with vivid red premium suede uppers with patent leather three stripe branding and the embroidered ‘MG’ heel tabs details that finish the shoe. Delving further into the eccentric and colorful stories that contribute to the legend surrounding Mark Gonzales. Adidas Skateboarding and Mark to revisit some of the key cultural moments that have helped build his legendary personality. This shoe is inspired by Mark’s outfit worn in a famous chair fight scene from a 1997 cult film. This footwear offering comes as a follow up to the sweater vest released previously, allowing you to complete the outfit worn by Mark on-screen. 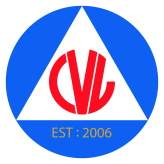